Wong Kwok, a member of the National Committee of the Chinese People’s Political Consultative Conference (CPPCC) and chairman of the Hong Kong Federation of Trade Unions (HKFTU) said that Hong Kong is troubled by epidemic and riots. It is expected that stopping violence, controlling chaos, and restoring social order as soon as possible are the important focuses of the Hong Kong issues of two sessions.

The Federation of Trade Unions (FTU) has learned more about the needs of Hong Kong people living in the mainland in its drug delivery service during the epidemic period. After collecting opinions from all walks of life, it will put forward some suggestions at the two sessions to promote Hong Kong’s integration into the overall development of the country.

Some analysts pointed out that the focus of the national issues of the two sessions this time is “epidemic prevention, economy and poverty alleviation.”

Wong Kwok said that the most urgent problems to be solved in Hong Kong now include stopping violence with the least delay possible and economic recovery.

As a trade union representative, Wong Kwok has received many workers’ reflections that under the chaotic situation, workers are under-employed and their incomes are greatly reduced. Wong Kwok hopes that the two sessions will help Hong Kong’s economy to resume activities quickly so that wage-earners can have jobs and maintain quality of life. 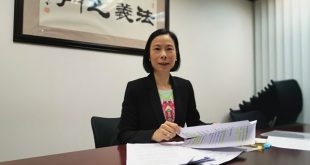