Opinion｜Trump’s threat to break with China Is a delusion

When President Trump claimed the US could take the extraordinary step of ending its relationship with China and believed the move could save his country $500 billion a year, did he even understand what he was saying?

No! Trump didn’t realize he would cause more damage to America’s economy than to China’s. Instead of inflicting heavy damage on China, he would be destroying the livelihood of a vast majority of Americans and possibly creating massive social unrest within the US. Americans will not only be unhappy. Many will be unable to survive when the cost of everything, including daily essentials, go up 300%-400%.

Moreover, China would surely retaliate and the trade deal would be thrown out the window. Many believe the accord will benefit America more but in fact, the damage is done on US allies and trading partners instead. China has to import certain goods from the US regardless of the trade deal. The accord will make China spend less on US allies. So if China stops importing from America and starts importing from other countries, it will only hurt the US economy. That’s what happened to the US when the Chinese stopped buying its oil and soybeans during the trade war.

Furthermore, China will have the perfect reason to push for complete de-dollarization on its trade with other partners. America’s corporate earnings will plummet, the unemployment rate will soar, the stock market crash and the aftershocks of China’s de-dollarization will affect America’s money-printing monetary policy.

Many may argue if China doesn’t manufacture American goods, the US can always turn to other countries. However, it can take three to five years to set up new production lines and reach the maximum efficiency of a normal production cycle, even under favorable conditions. Other relevant factors:

How many companies can afford the additional costs if corporate earnings plummet and the stock market crashes? Further, by the time all of the above are in place and ready for production, how much of America is left?

The Western world does not realize China has opened up and managed to export at unbeatable prices due to the huge numbers of low-wage workers in the early years. In the following decades, China benefited from a well-planned nation-building strategy. Western countries, especially the US, failed to grasp that the Chinese government spent the last 30 years developing its infrastructure and the whole manufacturing supply chain and strategy, which over time has offset China’s rising wage costs. This has helped China stay competitive while lifting a vast majority of Chinese out of poverty and steadily improving national living standards.

It is ridiculous to say that China has been cheating on trade for decades, when in fact it’s Western consumers who are actually “enslaving” Chinese workers to subside lifestyles without realizing it. While those countries tend to believe they can make the same products as competitively as China with the help of advanced automation, they fail to realize China has already begun to move into industrial and AI-supported automation a decade ago. In some industries, the West no longer holds any advantage in automation. Western supremacists believe Asian countries can only stay at the bottom of the world order, unable and to rise without following the system and help from the West.

If America wants to survive, not only will US companies have to face immense challenges but all these new factories exporting to America must compete with Chinese manufacturers outside the US. Also, the yuan will devalue due to the shock of losing the US market. American companies will lose not only Chinese but global market share because of their products’ higher prices. Even so, many Chinese-owned firms or international companies (including European) ones will be content to take them over.

Finally, most American companies protect themselves with patents and not technical secrecy. Once Trump ends America’s relationship with China, Beijing doesn’t need to recognize or protect the patents anymore. Chinese enterprises can use American technologies without paying heavy patent fees in the domestic market. They could cheaply improve the people’s standard of living while speeding up domestic consumption. And China can improve on the technologies and develop their own.

China has always been an inward-developing country and plans on how to be self-sufficient. So every time the US makes things hard for China, it only accelerates the process. If Trump does end the US-China relationship, China will hurt but will be fine without the US, as China still has its own large internal market.

For two centuries, the Chinese suffered from Western imperialism but have always endured and come back even stronger. Americans, however, will face enormous challenges, as they are too attached to their exceptionalism. Even if they pull through the economic disaster immediately ahead, how long can they hold on? How many American companies will survive? What will happen when the US Federal Reserve loses its ability to print money non-stop? 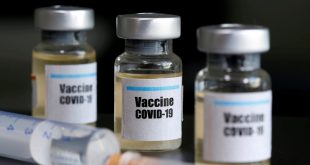 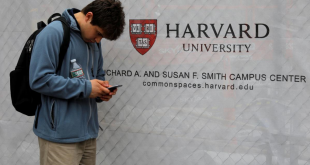 Harvard decided not to receive relief funds after Trump’s criticism 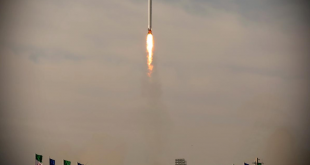 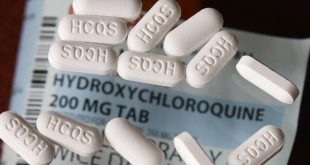 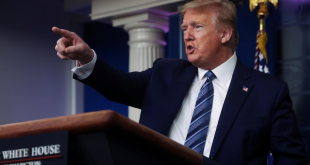