“Stock King” Tencent (00700) will release its list on Wednesday (May 13). Under the influence of the epidemic, it has an impact on its media advertising and payment businesses. In contrast, driven by the “in-house Economy ”, mobile game performance has been strong. However, securities firms have different views on Tencent in the first quarter, with Non-GAAP net profit dropping from nearly 5% to more than 32% per year.

Credit Suisse’s report reminds investors to pay attention to Tencent’s overall business outlook, especially the advertising and payment business, as well as its profit outlook and the development of gaming business after the outbreak, except for its performance in the first quarter. 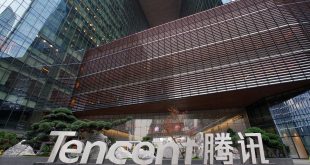