For fighting against COVID-19 together, China offers global support

President Xi Jinping had a telephone conversation with British Prime Minister Boris Johnson on Monday night and mentioned that helping the World Health Organization in the global fight against the COVID-19 pandemic.

who were combating COVID-19, and he introduced China’s experience of preventing and controlling the virus.

China hopes that Britain will enhance coordination with China to minimize the risk of the epidemic’s spread while ensuring the necessary flow of people and trade, Xi stressed.

Xi said China is ready to provide support and help for Britain, adding that he is confident that Britain will surely prevail over the epidemic under Johnson’s leadership.

Xi expressed his hope that Britain will take concrete and effective measures in safeguarding the health, safety, and legitimate rights of Chinese nationals on its soil, particularly those studying in Britain, reiterating that the Chinese government attaches great importance to protecting the health and safety of Chinese citizens overseas.

Viruses know no national boundaries or races, and only by working together can mankind win the battle against them, Xi spoke.

Xi called on all nations to push forward cooperation within the frameworks of the United Nations and the Group of 20 (G20), enhance the sharing of information and experience, boost collaboration in scientific research, support the WHO in playing its due role, and improve global health governance.

Xi believed that after beating the COVID-19 pandemic, China and Britain would have deeper mutual understanding and more extensive consensus, as well as broader prospects for bilateral cooperation.

Congratulates the Chinese government and people on the remarkable achievements they have made in epidemic prevention and control with strenuous efforts and enormous sacrifices, British Prime Minister Boris Johnson said.

Johnson said, at present, the COVID-19 situation in Britain is grave, adding that Britain has been studying and learning from China’s useful experience and taking scientific and effective prevention and control measures.

He expressed that the British side thanks China for its valuable support and help, and will do its best to take care of the health and safety of Chinese nationals in Britain, especially the students.

The British prime minister said he fully agrees with Xi that no country can wall itself off from the epidemic, and all countries should strengthen cooperation. Britain, he added, supports the WHO in playing an important role, and hopes that all parties will deepen relevant cooperation within G20 and other multilateral frameworks.

Noting that China and Britain will hold the 15th Conference of the Parties to the Convention on Biological Diversity and the 26th UN Climate Change Conference respectively this year, Johnson expressed the two sides should take them as opportunities to promote international cooperation in health and epidemic prevention.

He looks forward to maintaining close contact with Xi and visiting China at an early date after the epidemic, so as to jointly promote the development of Britain-China relations, Johnson voiced.

Xi has had three phone conversations with Marcon during the critical moment of fighting against the novel coronavirus disease, and Xi said that had demonstrated the high level of both the mutual trust between the two presidents and the China-France relationship.

By carrying forward their friendly tradition of mutual sympathy and support, and helping each other with medical supplies, China and France have set an example for people in all countries to help each other and overcome difficulties together; he went on.

Extended his sincere sympathies to and firm support for the French government and people, Xi said that China is willing to continue to provide support and assistance within its capacity for the European country.

Xi stressed that both China and France shoulder the arduous responsibility of safeguarding international and regional public health security, and suggested that they carry out sincere cooperation to promote joint research programs, strengthen cooperation in frontier health and quarantine inspection, support the work of the World Health Organization (WHO), help African countries enhance epidemic prevention and control, and strive to build a community of common health.

China stands ready to work with France to encourage all relevant parties to step up coordination and cooperation within such frameworks as the United Nations and the Group of 20 (G20), engage in joint prevention and containment, improve global health governance, help developing countries and other countries in need with capacity-building, and cushion the epidemic’s impact on the world economy, according to Xi.

Macron briefed Xi on the epidemic situation recently in France and the measures that have been taken, and the French President said he highly appreciates the fact that the Chinese government and people, with great courage and decisive measures, have effectively contained the disease in a short period of time.

The French side, he went on, is sincerely grateful for China’s valuable support and help, and is willing to make concerted efforts with China to boost bilateral health cooperation and encourage all relevant parties to promote cooperation within such frameworks as the G20 and the WHO, so as to beat the pandemic and cope with its impact on the world economy.

The two heads of state also approve of closely maintaining communication and promoting bilateral exchanges and cooperation in various fields, in order to ensure continuous development of China-France relations at a high level, and maintain the stability of China-France as well as China-Europe industrial chains and supply chains.

President Xi talked on a telephone with Egyptian President Abdel-Fattah al-Sisi, and he expressed on Monday night that China is willing to support Egypt’s epidemic prevention and control and stands ready to fight against the COVID-19 jointly.

The coronavirus disease is currently erupting at different places around the world, remarked Xi, adding that facts have shown once again that mankind is a community that shares weal and woe, and that all countries must unite and work together to jointly cope with the epidemic.

China will work with other countries to step up international cooperation in epidemic prevention and control, jointly address common threats and challenges, and safeguard global public health security based on the notion of a community with a shared future for mankind.

Xi said after COVID-19 broke out in China, the Egyptian side has expressed its support for China’s fight against the epidemic, demonstrating the profound friendship between the two countries that always stand together through thick and thin, as well as the high level of their comprehensive strategic partnership.

Noting that the North African country is also facing the urgent task of battling the epidemic, Xi said China is willing to share epidemic-related information, experience on prevention and treatment, and outcomes of medical research with Egypt and provide it with medical supplies to support its prevention and control efforts and jointly beat the disease.

Xi believed that the traditional friendship between China and Egypt would be deepened through the joint fight against the epidemic.

Attaching great importance to the development of its relations with Egypt, China is willing to join hands with the Egyptian side to deepen their practical cooperation in various fields and build their relationship into a pilot model of a China-Arab as well as a China-Africa community with a shared future.

Sisi noted that China’s fight against COVID-19 had achieved positive progress, which has once again demonstrated the strength of Xi’s wise leadership and the solidarity of the great Chinese people.

The Egyptian side always firmly believes that China will prevail over the epidemic and will grow ever stronger, he voiced, and he said Egypt is grateful for China’s support and help and is confident that through the joint fight against the disease, the friendship between the two countries will be further cemented.

Sisi stressed that Egypt and China are special and friendly partners, and he added that attaches great importance to the bilateral ties and stands ready to work with China to boost their practical cooperation of mutual benefit in various fields and enhance communication and coordination in international affairs. 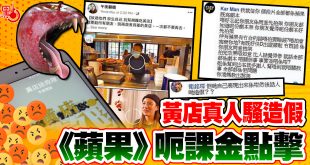 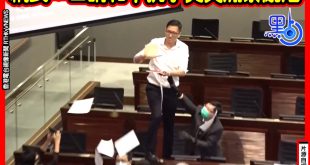 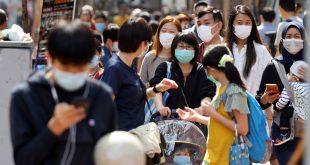 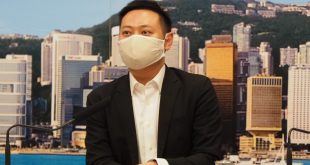 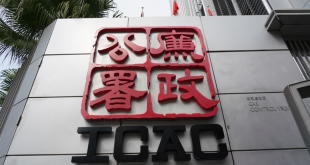 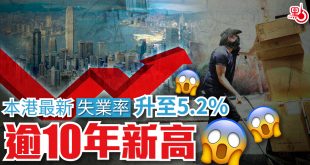